Teaching Kids to Read – A Parent’s Duty or A Teacher’s Job? 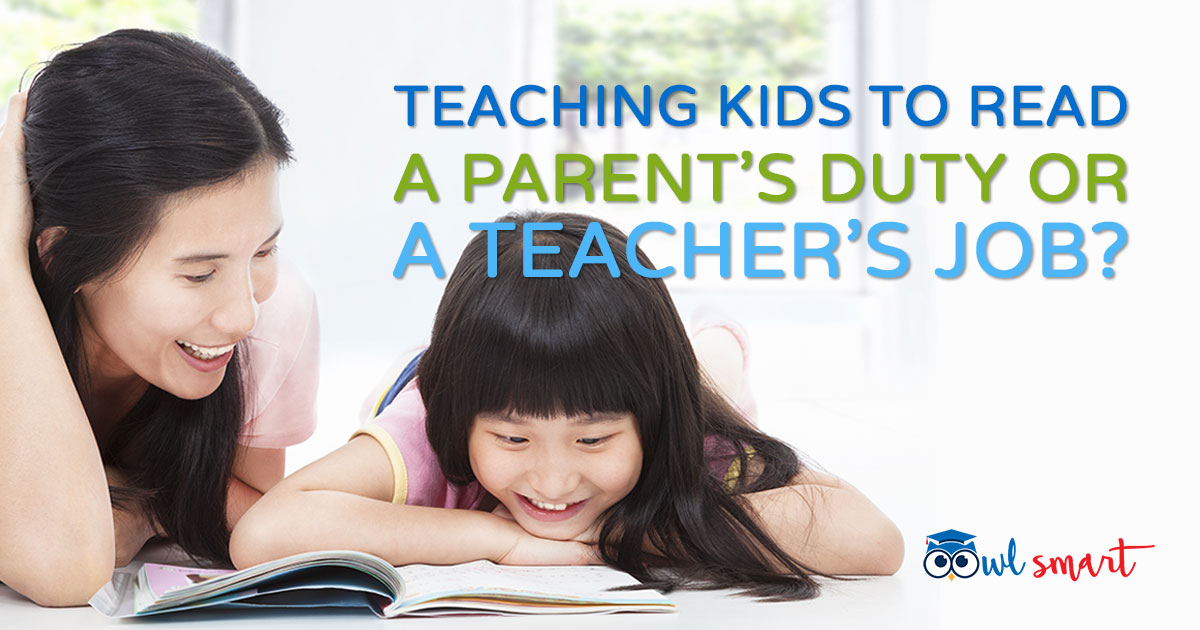 A study by Fan and colleagues (2013) on 70 million ‘tweets’ on Weibo (a social site in China) found that happy tweets were shared among close relationships while angry tweets were shared by both close and distant relationships. This finding was clearly evident in the furore raised over a recent Facebook comment posted by a local educator, Ms. Lenny Rahman, who lashed out at the lack of parental responsibility of parents “from a particular race” who “do not even want to try to get involved with their kids’ education”.

Racking up more than 1 000 shares in a week, the angry social media post highlighted Ms. Rahman’s frustration and anger with some parents who “in this day and age” have “kids in p1 who DO NOT KNOW HOW TO READ. Meaning, they cannot even recognize simple sight words such as "he", "she", "it", "the", "is"”.

Ms. Rahman had reportedly conducted a classroom exercise that required her students to label different body parts. During the exercise, she realised that a student was unable to recognize common sight words such as “is”, “the” and “her”. On asking the student who reads to him, the student replied that his parents did not read to him at all as they were either away at work in shift jobs or asleep at home. Ms. Rahman, who stated she had witnessed numerous previous similar cases leading to a child’s low motivation and lagging academic progress, then took to social media to express her frustration.

The strongly-worded post swiftly drew both positive and negative responses from the online community. Denise-Gerald Guzman, a netizen who supported Ms. Rahman praised her for “bringing this to light” and that “parents too have a role to play in their kids’ education.” Netizen Ang Chian Hui, however, disagreed with Ms. Rahman and stated that “While I do read to my kid, it should not a given.” She described the act of parents reading to their kids as “extra tuition that MOE is moving away from”.

Though netizens’ reactions remain divided over Ms. Rahman’s post, Ms. Rahman has firmly stood by her comments despite receiving threats from some netizens. She has left the school she was teaching at but her post and comments remain on Facebook.

As an educator myself, I believe all educators truly want their charges to improve and more importantly, to enjoy the process of learning itself. I can understand Ms. Rahman’s frustration when she mentioned that parents, as much as teachers, have an equal share of teaching their children to read. During the course of my teaching, I, too, have come across parents who, perhaps due to circumstance or choice, are not actively involved in reading with their young children. However, I have come to realise that to make progress, we need to focus on the desired outcome with constant, and very often, persistent, positive communication with parents. As in all things, diversity is always present and not all parents think alike.

Social media may not be the best medium, in this instance, to highlight this concern on the lack of parental involvement. The negative tone only serves to attract negativity from netizens who might have been neutral, so far, on this matter. On a final note, it is always good to avoid airing one’s frustrations on social media, no matter how good the original intention is, for negativity is very contagious, more so than positivity.

Teacher Chin has more than a decade of experience in teaching English from Primary Two to Primary Six in local primary schools. He is presently, in his free time, having immense enjoyment experimenting with the Nimzo-Indian Defence in chess and trying out the Apacs Lethal 9 in badminton doubles.

OwlSmart is an online revision tool designed to assist all primary school students to excel in their academic journey from primary 1 to PSLE.
OwlSmart is a product of Colossus Labs, a member of the QCD Group of Companies.